The building blocks: What makes a good company to invest in? In a previous article, we explained what a share is. As we said in the article, a share is simply owning a part of a company.

In this article, we explain what we look for when searching for a high-quality company. At Morningstar, we believe the long-term future of a business is based on fundamentals, such as the business’s competitive strengths and weaknesses, how it is managed and whether it’s likely to grow in the future. One key concept of we use to assess quality is called the economic moat.

Moats are associated with castles – think Dragonstone Castle, the ancestral home of House Targaryen in Game of Thrones. But as an investment concept, the analogy was pioneered by Warren Buffett. With a castle, you’d look for a moat to defend against would-be raiders. The wider and deeper the better. So too with businesses. 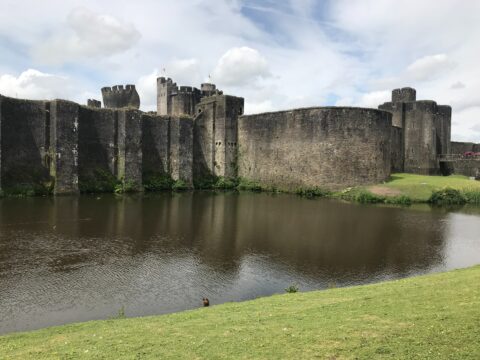 When eyeing a potential investment, Buffett assesses if a company has a moat. What is a moat in the business sense? Competitive advantages that allow a business to generate attractive returns from the investments it makes. In other words, the company is well placed to generate strong profits that are likely to persist in the long-term.

Moats matter because they can help investors identify high-quality businesses. When purchased at the right price, those can make for great long-term investments. At Morningstar, we have identified five sources of economic moats: intangible assets, switching costs, network effect, cost advantage, and efficient scale. Let’s delve into these concepts further.

What makes the moat

Intangible assets refer to moats based on brands, patents, licences, etc. These attributes either grant specific rights, such as monopoly access to a market for a specific time in the case of a patent, or for a company to charge more than its competitors for a similar good in the case of brands.

Switching occurs when is difficult for customers to switch from one product to another product. One of the strongest examples is hearing implant business Cochlear where removing the device requires an operation. This switching cost supports future upgrades.

Cost advantage is often linked to economies of scale, that is companies that can produce a good or service at a lower cost because of their size. For example, retail giant Wesfarmers owns the Bunnings hardware stores. Bunnings footprint and scale in purchasing and distribution means it can offer a wider range goods at a lower cost.

Efficient scale typically exists where one or at most a few competitors serve what’s known as a “discreet market” – that means it’s not easy for others to enter the market without creating problems for them and others in the market. In other words, if a new player were to enter, the market would immediately be oversupplied, and returns would be destroyed for both the new entrant and the existing players. Auckland Airport is one example. It serves as the key entry point and domestic hub in New Zealand. The population of Auckland will likely be supported by a single airport for decades.

The power of compounding

It’s very difficult to dance in and out of stocks. Doing so requires timing the market, which is virtually impossible to do with any consistency. That approach – buying and selling – also requires investors to continually find new ideas. We think that is challenging, particularly in overpriced markets when other investors are optimistic. Buffett has made much of his money from just a few key winners.

As Buffett says, the best way to get rich is to get rich slowly. At Morningstar, our preference is to identify strong businesses with lasting competitive advantages, buy them at attractive prices and hold for the long term. We say let the power of compounding do its work.

Morningstar is an independent investment research house. Any general advice has been prepared by Morningstar Australasia Pty Ltd (ABN: 95 090 665 544, AFSL: 240892), without reference to your objectives, financial situation or needs. Neither Morningstar, its affiliates, nor the content providers guarantee the data or content contained herein to be accurate, complete or timely nor will they have any liability for its use or distribution. Past performance does not necessarily indicate a financial product’s future performance.

For advice relating to your personal situation, speak to a professional financial adviser. If you’re having trouble with money, speak to a free financial counsellor via the National Debt Helpline: 1800 007 007.

The basics of life insurance

The building blocks: Why invest?